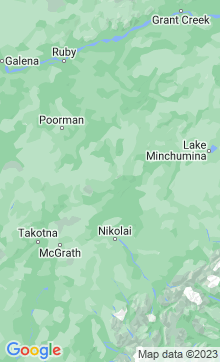 It is imperative that you call now for a free confidential assessment for drug & alcohol rehab centers in Alaska. We are professionals who can help get you or a loved in the right facility depending upon your needs don't wait, call now!

Despite Alaska’s small population, treatment options are becoming available across the state. There are now almost 100 different Alaska rehabs, each with different specialties, services, and even cultural backgrounds. Facilities treat both alcohol and drug abuse or dependence, and we can help find a rehab that meets your individual needs.

You’ll find mostly outpatient facilities in Alaska. There are residential and inpatient rehab options, though there’s a smaller selection. In general, it’s understood that clients who attend inpatient rehab have better treatment outcomes because of the intensive therapy and 24/7 care available. But, a study on treatment outcomes in Alaska showed that the Alaskans who had greater success in staying sober attended treatment (either inpatient or outpatient) for more hours in general. Building a solid foundation in recovery takes time.

Most facilities will accept cash or self-payment, but Alaska’s treatment facilities also accept a wide range of insurance plans: Medicaid, Medicare, private insurance, state-financed, federal military. Each rehab will be different, so ask about their payment options. If you can’t afford treatment, over 60% of rehabs in Alaska will try to accommodate you and offer treatment at no charge.

Select a Rehab Center by County

Alcohol and marijuana have been primary substances of abuse in Alaska over the years, as well as big money-makers. While these substances have remained popular in rural regions, in recent years, heroin, prescription opioids, cocaine, and methamphetamine have emerged in the state’s urban areas. Now, Alaska is one of the top ten states nationwide in rates of illicit drug use.

Time to Make a Difference

Finding the right help for yourself or a loved one can be an overwhelming and stressful process. If you are feeling overwhelmed, please feel free to call our sponsored hotline. Start the road to recovery today!

Prince of Wales-Hyder Census Are

Alaska—Treating Addiction, and Its Underlying Causes

Alcohol and drug abuse rates have remained above the national average in Alaska, so the state is working to improve its prevention strategies and treatment efforts. Programs have been put in place to distribute clean syringes to intravenous drug users. There is now a Good Samaritan law to legally protect anyone in Alaska who is overdosing or reporting an overdose.

Rehabs in Alaska continue to adopt evidence-based strategies to improve treatment success rates and help its citizens in need. There is a treatment facility in Alaska that can help you or your loved one find freedom from substance abuse. Call us to talk about the options available to you: 1-866-207-7436.